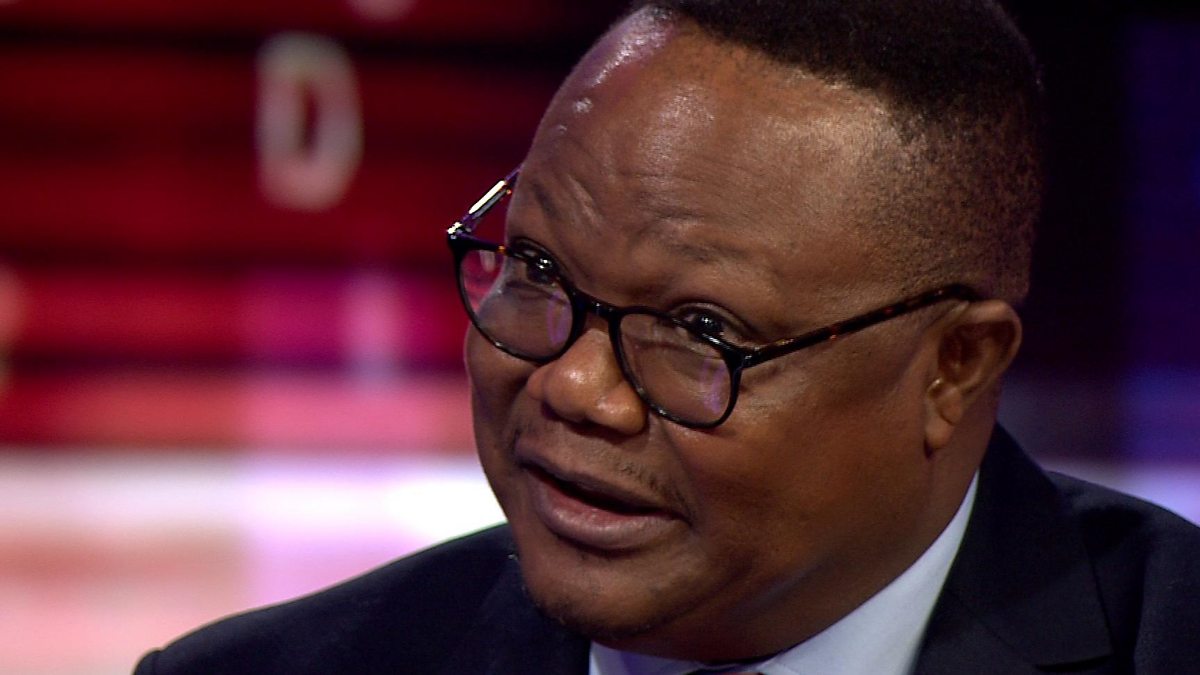 Mr Lissu, who has been holed up in the German embassy for eight days citing threats to life, was escorted to the Julius Nyerere International Airport in a convoy of diplomatic vehicles.

He left in the afternoon aboard an Ethiopian Airlines plane, accompanied by a German embassy official.

“He is headed for Belgium, where he has a resident card,” his legal representatives, Amsterdam & Partners LLC, confirmed to the Nation.

He lost to the incumbent, President John Pombe Magufuli, who was sworn in for a second and constitutionally final term.

The main opposition parties, including Chadema and ACT-Wazalendo, have rejected the outcome of the polls citing fraud and ballot stuffing. Their calls for protests demanding a re-run of the election were met with strong reaction by the authorities and arrests of top opposition leaders including Mr Lissu. The National Electoral Commission (NEC) has dismissed the claims of fraud.

Mr Lissu’s wife arrived in Belgium earlier, while their two children study in the US. He uploaded a video of his departure and airport clearance on his Twitter handle.

“Glad to hear @TunduALissu was able to depart Tanzania safely this afternoon to seek medical treatment abroad. Wishing him good health and a quick return so that he can continue to play a vital role in Tanzania’s political life,” tweeted the US ambassador to Tanzania, Donald J Wright.

Glad to hear @TunduALissu was able to depart Tanzania safely this afternoon to seek medical treatment abroad. Wishing him good health and a quick return so that he can continue to play a vital role in Tanzania’s political life

His legal representatives, however, denied the US envoy’s claim that Mr Lissu had left Tanzania for medical reasons.

“Tundu Lissu is not leaving to seek medical treatment, he found himself in the obligation to leave because his life was at risk. The government’s crackdown on the opposition has been very violent and Tundu Lissu’s safety and security is a priority, he cannot risk being arrested again or being a target of another assassination attempt,” said Amsterdam & Partners LLC in a statement to the Nation.

The firebrand opposition leader, 52, returned to Tanzania in July after three years in exile recovering from 16 bullet wounds sustained in what he says was a politically-motivated assassination attempt.

His return energised a subdued opposition that had endured years of repression, including a ban on all political rallies.

The Electoral Commission declared President Magufuli winner of 84 percent of the vote,  putting his tally at 12.5 million votes against Mr Lissu’s 1.9 million, his closest challenger.

Mr Lema on Sunday fled to Kenya with his family to escape what he termed as threats to his life, and has applied for asylum in the neighbouring country.

Former Tanzanian minister for natural resources and tourism, Lazaro Nyalandu, who contested the Singinda North Constituency seat on a Chadema ticket, was earlier this week also blocked from entering Kenya through the Namanga border. The Longido District Commissioner, Frank Mwaisumbe, said immigration officials stopped him from leaving the country as he “did not have documents”.